National Bridge Inspection Standards mandate inspections for highway bridges every two years. In keeping with this requirement, the Arkansas Department of Transportation (ARDOT) traditionally performs its own inspections of bridges within the state, using traditional methods to inspect all primary and secondary structural bridge members.

However, the state’s two-span, tied-arch truss Hernando De Soto Bridge, which carries Interstate 40 over the Mississippi River between West Memphis, Arkansas, and Memphis, Tennessee, proved too difficult to inspect adequately using traditional methods alone, due to the considerable height, unique structural configuration of the trusses and heavy-traffic considerations.

The 160-foot height of the main navigation spans, combined with the arched configuration of the bridge itself, introduced a high level of complexity to the inspection, making many of the bridge’s structural components inaccessible to inspectors using traditional inspection techniques. The rope-access climbing approach required extensive training of the rope-climbing experts to help them understand and better prepare for the team’s ascents to the top of the bridge and its far reaches.

In 2013, 2015 and 2017, ARDOT turned to Michael Baker and our unique, specially trained team of hands-on, rope-climbing inspectors with their motorized ascenders and other specialized climbing equipment to complete the inspections. We are one of only a few engineering firms in the country with this technical capability.

Our team used traditional and rope-climbing methods to conduct thorough inspections of the arch truss spans, including the truss chords, diagonals, verticals, joints, bracing members, suspension cable hanger connections and suspension cables. Although approximately 10 days was allotted for each inspection, the team completed each inspection in just over a week.

Key to the success of the inspections, which revealed no major deficiencies, was the coordination effort involved. The team scheduled the inspections to minimize traffic delays and avoid unnecessary conflicts with numerous ongoing bridge maintenance projects, and it coordinated with those contractors to share lane closures and staging areas. 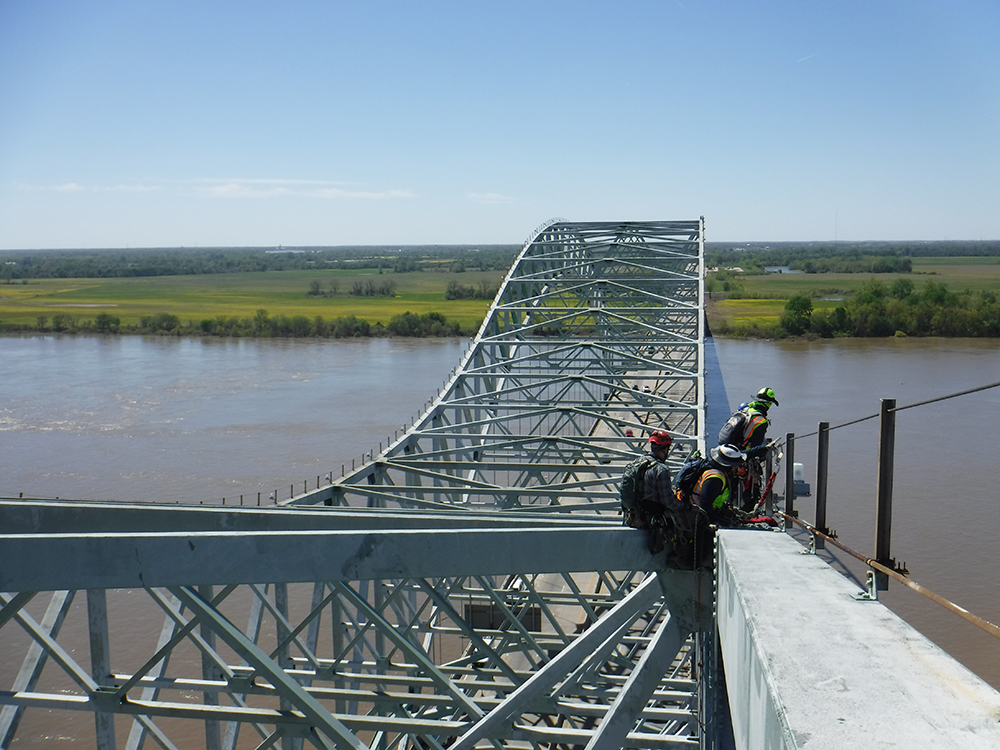 “This one-of-a-kind inspection project required us to convene a team of highly trained and skilled rope-climbing inspectors from our Little Rock, Kentucky, West Virginia, Pennsylvania and Alaska offices to meet the many hard-to-reach inspection requirements.” 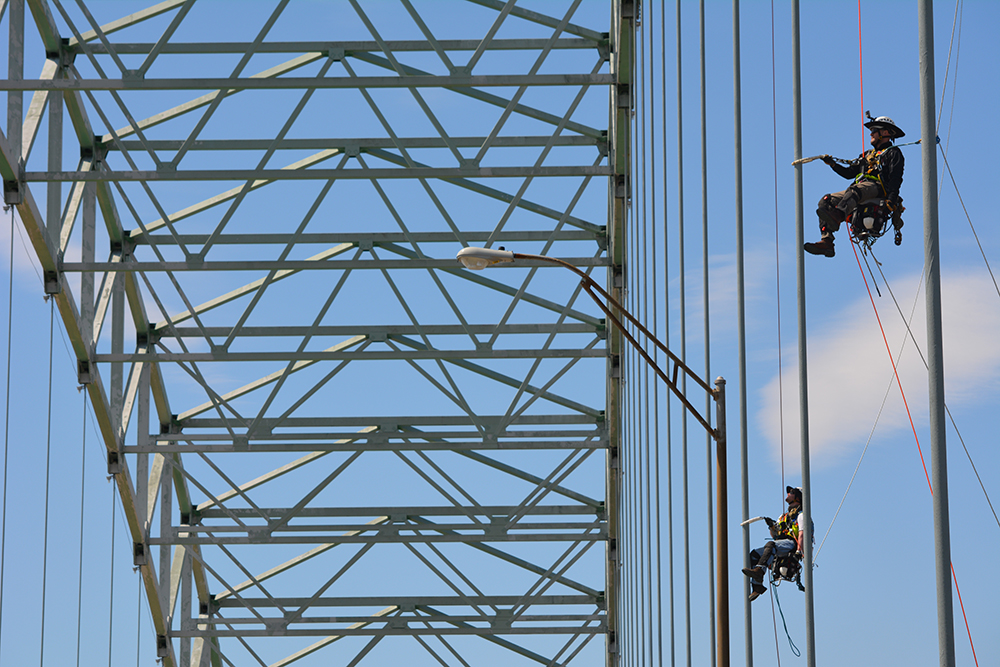