Laguna Canyon Road (SR 133) is in Upper Laguna Canyon, an environmentally sensitive area in Orange County, California. The existing roadway, which was originally designed to follow the base of the canyon, experienced frequent flooding and was regularly congested during daily peak traffic periods.

The project scope entailed relocating the existing two-lane road from its original location at the bottom of the canyon to the adjacent, less environmentally sensitive hillside. This provided an opportunity to blend four miles of roadway, from south of I-405 to north of SR-73, into the existing terrain. The roadway was designed as a four-lane route, with opposing two-lane travelways separated by a large natural vegetation median.

To eliminate flooding issues resulting from the roadway’s original alignment at the base of Laguna Canyon, the vertical alignment was elevated, and storm water basins were designed to retain and treat storm water. The project also included the construction of bioswales to treat roadway runoff and provide water quality benefits.

Michael Baker also participated in the development of alignment refinements for the County of Orange. This phase of the project involved the facilitation of workshop meetings with representatives from Caltrans, the City of Laguna Beach, and the County of Orange to collect invaluable input on key constraints and design objectives. These workshop meetings culminated in a concept plan that was unanimously supported by the Laguna Beach City Council. 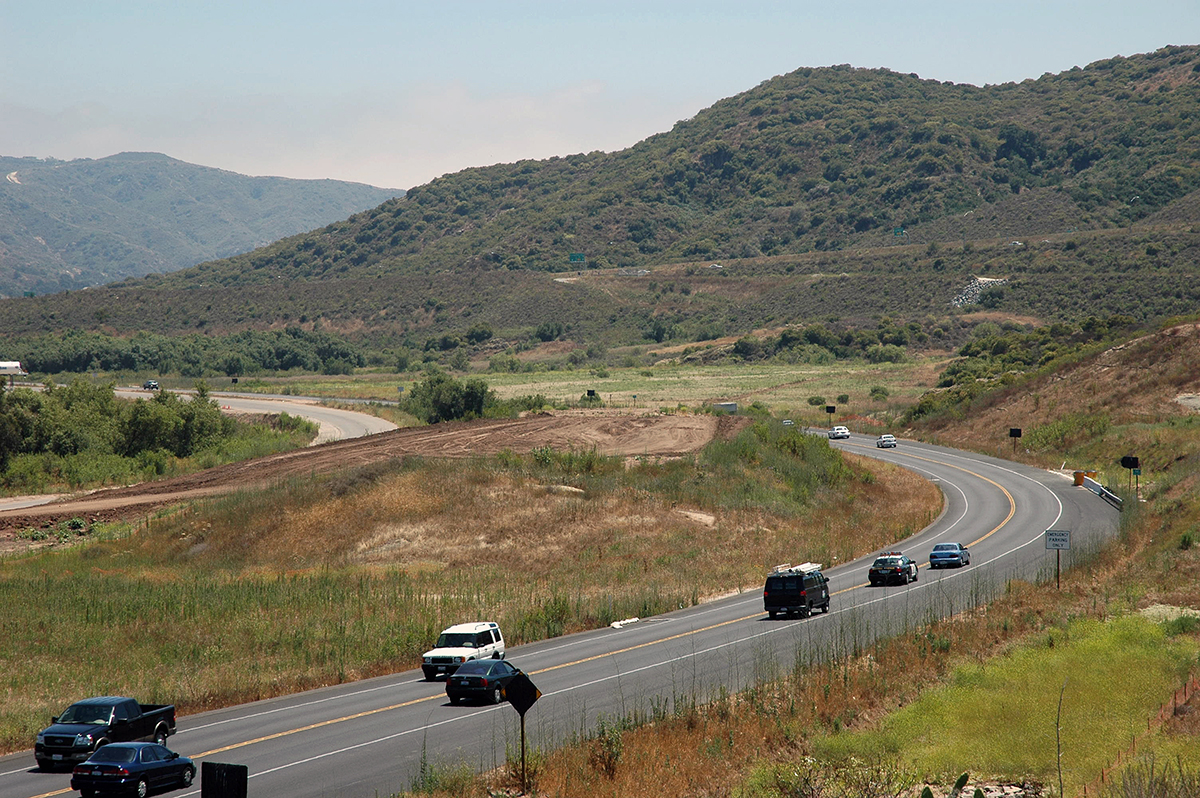 “In addition to presenting design alternatives to relocate this critical roadway in Orange County, the Michael Baker team integrated key project features important to the community to build consensus and support for a project under significant scrutiny.”