Over the years, it had become increasingly difficult to maintain the Monroe Regional Airport terminal’s obsolete building systems. Future demand from an estimated 170,000 passengers by 2022 would also strain the terminal’s ability to accommodate the latest airline and security changes. The airport and local community sought much-needed terminal upgrades to address these deficiencies to meet future needs.

A new commercial terminal, loop road expansion, public and rental car parking, and rental car service areas were all needed as part of the building program. Due to site constraints, the improvements were constructed in four major phases over a period of roughly three years, which allowed for continued operations. Site constraints also led to a somewhat modular approach that allowed construction to proceed easily and smoothly from phase to phase. This approach also allowed maximum flexibility in the configuration to optimize how the building fit the site.

The terminal design concept incorporated intuitive wayfinding to guide visitors through the building. Our design included two central garden areas with water features, viewable from all transition areas as well as from the main terminal and passenger concourse, providing a unique outdoor experience inside. For the interior, our team created a modern lodge aesthetic using slatted wood ceilings and stone for the base columns. Natural cypress was used extensively throughout the main building to create a rich and warm environment. The floors are composed of different sized ceramic tiles, arranged in a mosaic pattern, to simulate a river running through the terminal. The building also has a large clerestory area to allow daylight to filter in.

“The new ancillary facilities and terminal design have significantly improved the passenger experience at the Monroe Regional Airport. The updated look and feel of the terminal also better reflects the unique outdoorsy character of the region.” 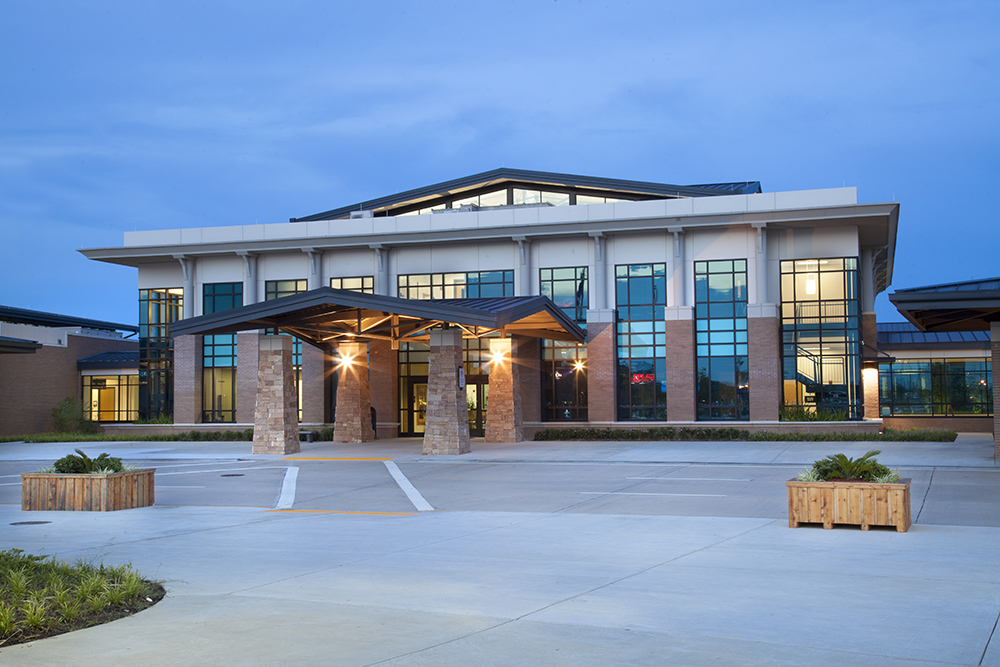