Route 28 is a 44-mile principal arterial connecting downtown Pittsburgh and the northeastern suburbs and Pennsylvania Turnpike Cranberry Interchange. In downtown Pittsburgh, S.R. 28 connects with I-579, I-279 and I-376, which is the primary route to the Pittsburgh International Airport. While most of Route 28 has been upgraded to a limited-access highway, the two-mile segment between the Chestnut Street ramps and the interchange at the Borough of Millvale, also known as East Ohio Street, remained an at-grade facility, intersecting various bridges, local streets, residences, businesses and driveways.

This section of highway had been plagued by limited capacity and traffic congestion due to narrow lanes, lack of shoulders and insufficient sight distances. This accident-prone two-mile stretch of S.R. 28 took motorists, approximately 70,000 each day, an average of 14 minutes to travel during rush hours.

The Pennsylvania Department of Transportation (PennDOT) enlisted Michael Baker to provide comprehensive engineering services to develop a plan to grade separate and widen the two-mile segment of Route 28.

Our comprehensive redesign of Route 28/East Ohio transformed the corridor by creating a limited-access highway with innovative, grade-separated interchanges and redesigned intersections as well as pedestrian and bicycle amenities such as new sidewalks, walkways, trails and bike lanes. A retaining wall alongside the highway includes sandblasted artwork that celebrates the history of the people and institutions that played an important role in Pittsburgh’s North Side community. 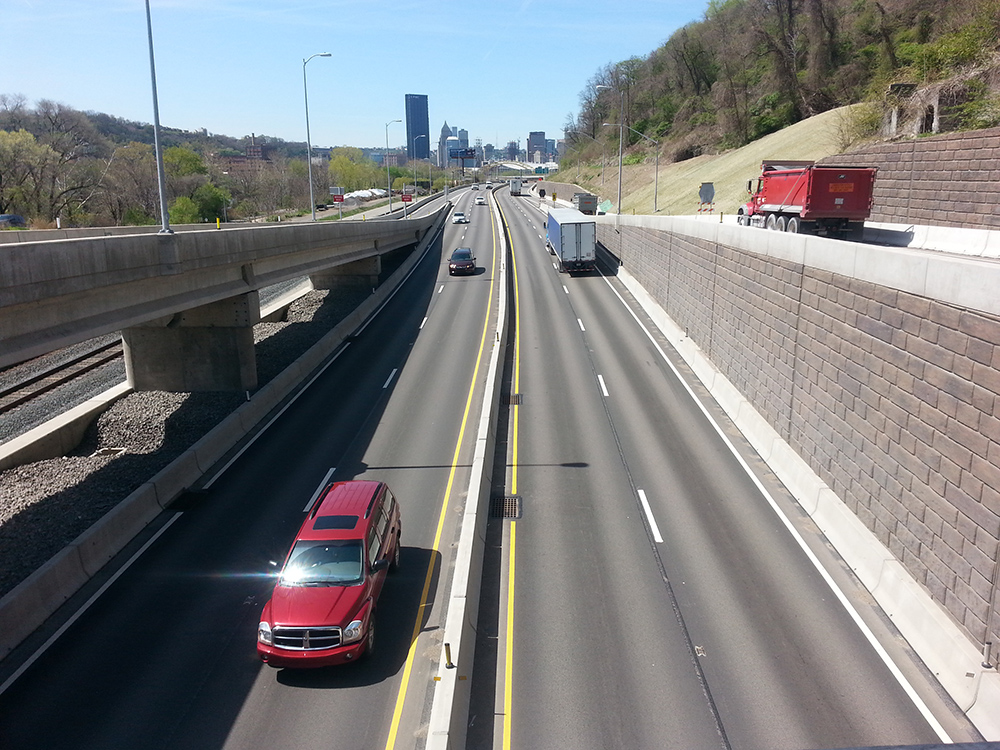 “This project marked the first time that a department of transportation installed a wireless intelligent transportation system during construction to monitor traffic conditions and perform real-time incident management.” 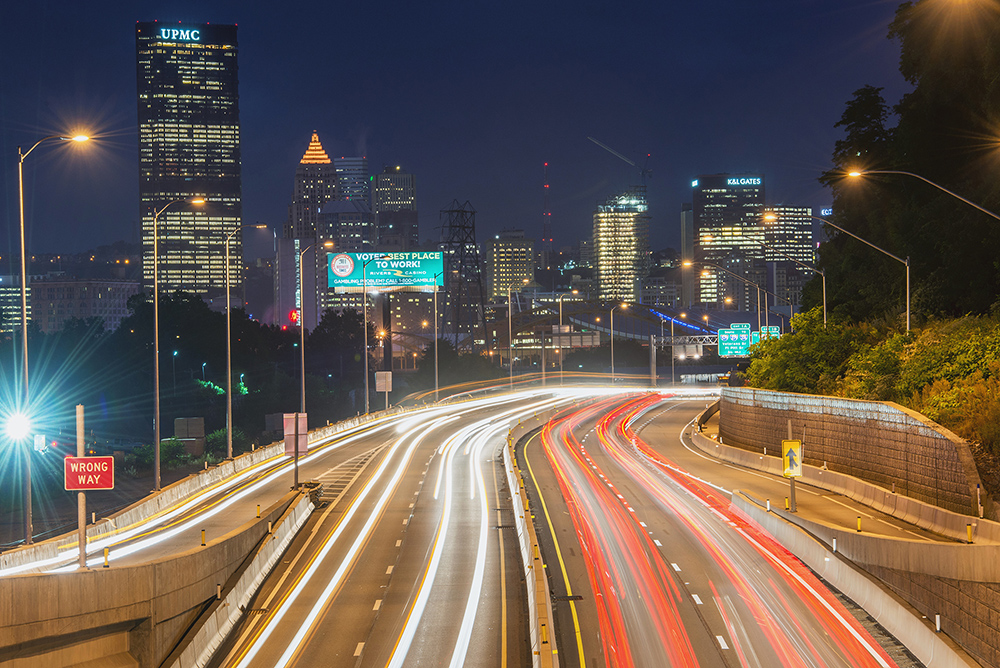 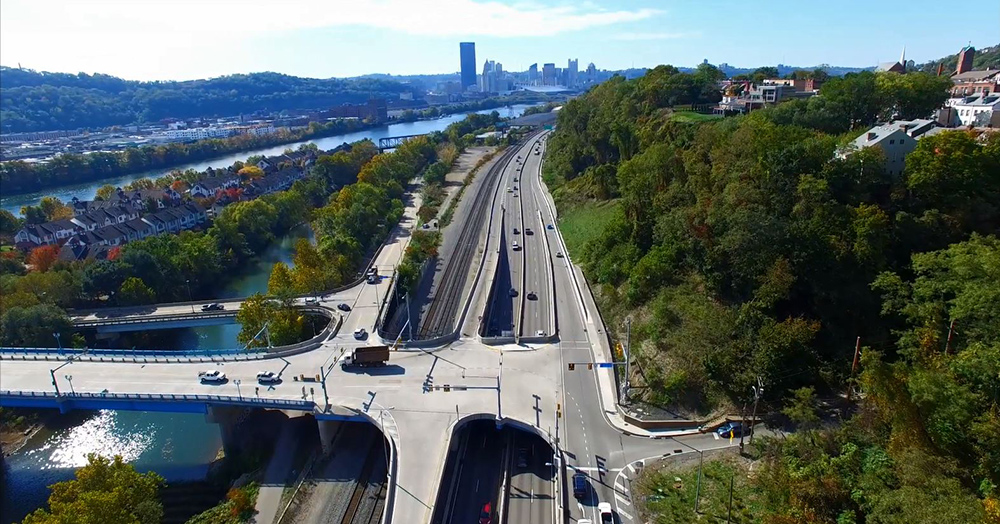