Originally constructed in 1943, Hangar 1 at the former Marine Corps Air Station (MCAS) Tustin housed blimps that were used for Pacific Coast reconnaissance during World War II. At 300-feet-wide at its base, 1,060-feet-long and 178-feet-tall at its peak, it’s a massive structure. Hangar 1, along with its sister, Hangar 2, were listed on the National Register of Historic Places in 1975 and named a National Historic Civil Engineering Landmark by the American Society of Civil Engineers (ASCE) in 1994, with the distinction of being the “Largest Wood Frame Structures in the World.” In early October 2013, Hangar 1 experienced a partial roof collapse.

During the collapse, the top four panels of the three northern-most roof trusses fell to the floor, creating a 50-foot-wide by 70-foot-long hole in the roof. Due to the suspected instability of the remaining structure, design and construction approaches that required access to the interior of the building were immediately rejected during the proposal phase. Given that any delay would increase the likelihood of further collapse of the remaining structure, time was a critical factor.

Michael Baker, as part of a joint venture with Jacobs, designed and deployed an innovative stabilization system using prefabricated modular steel towers positioned on each side of the hangar and supported by concrete raft foundations and guy wires, with helical piers installed in the soil. Four steel cables on each side of the hangar were attached to the top of the remaining portions of the trusses and attached to the towers. Through a tightly choreographed process, the project team demolished damaged portions of the roof and erected a structural stabilization system that allowed all construction activities to occur safely from the exterior of the building.

A monitoring system was used during the stabilization process to track any displacement of the remaining wood structure with real-time data to warn the team of potential hazards. As a result, the project touts a spotless safety record over 5,460 hours of work. 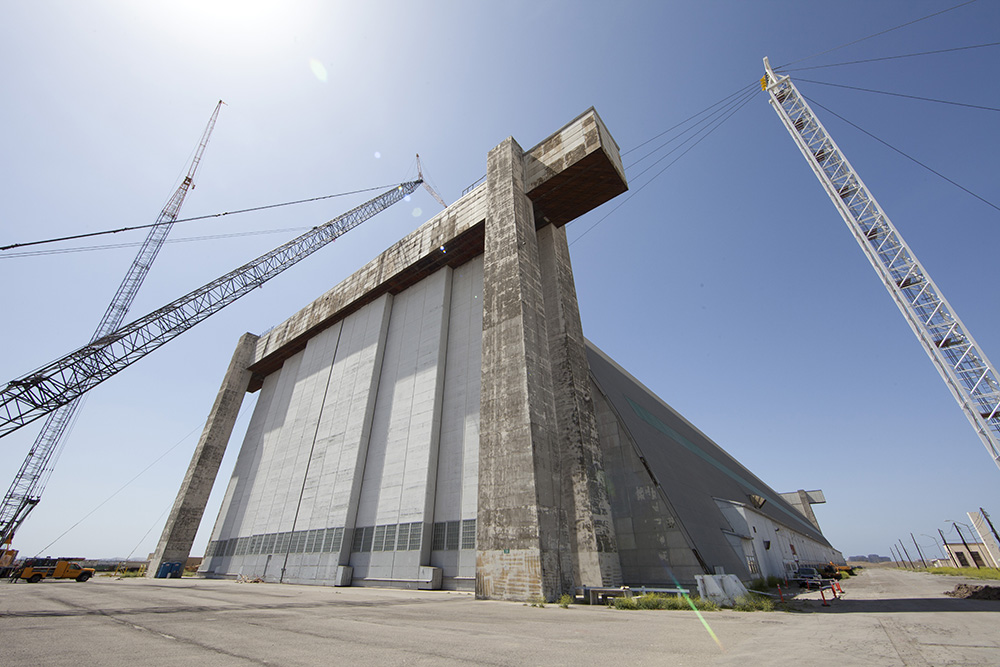 “Rapid responsiveness, flexible and innovative solutions and the utmost focus on safety are defining characteristics of this unique building and construction project.” 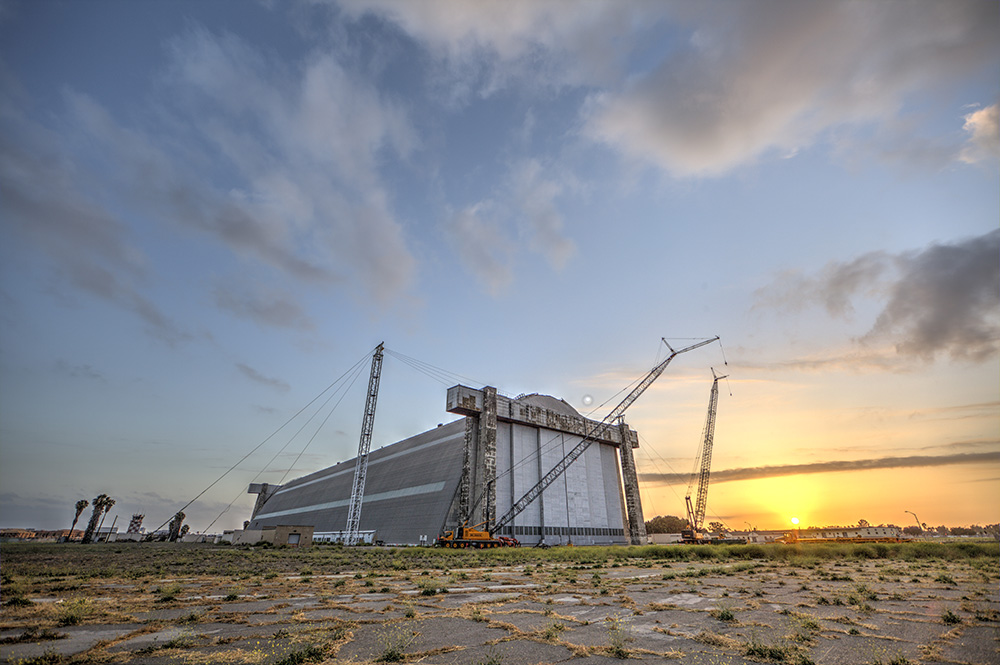